Chris Betnner keeps reasonably calm and cooperates correctly with the police after his doted kid son Gus goes missing while teen brat daughter Scarlett was babysitting. Mother Nora however goes near-hysterical, blindly following Scarlett’s unsubstantiated blaming of the socially-misfit Durand neighbors, widow Iris being a brutish slob and her teen son Seth, Scarlett’s flirtatious Goth classmate, having ‘cyber-stalked’ her, actually just being a regular peeping tom. Detective in charge Coyle enjoys arresting Seth for questioning, his ex)con late brother’s death having compromised his police career, but must let him go and restrain Nora’s illegal intrusion. After Scarlett receives a photo of gagged Gus, Nora drags her along in a daredevil scheme: abducting Seth to a dead man’s home she’s in charge of as real estate agent, and torture the knave who denies any knowledge of Gus’s fate. Chris only finds out when things go even more wrong and more dark secrets lead to the violent finale. 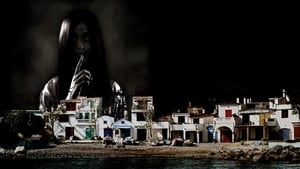