The three children of Chechnyan family are separated by the Russian invasion in 1999. The middle child, 9 year old Hadji, believing his older sister Raissa is dead along with his parents finds a place to leave his baby brother and gets swept up in the migration of survivors away from the war front. The refugees cross out of Chechnya into the town of Nazran in the Republic of Inguishetia in the Russian Federation where Hadji is left at a refugee center. Hadji is befriended by a young Frenchwoman Carole who is documenting the events for the Human Rights Committee of the European Union. Hadji is not speaking at all and Carole doesn’t speak Chechnian but Carole provides for Hadji and develops a supportive relationship with him until she can find out his story and what to do with him. Raissa follows Hadji’s journey to try to reunite with her two brothers. A second story-line follows a 19 year old Russian student Kolia who gets arrested with marijuana and sent into the army to avoid jail. … 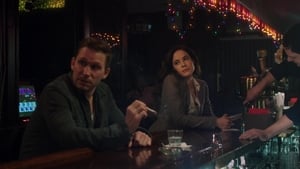